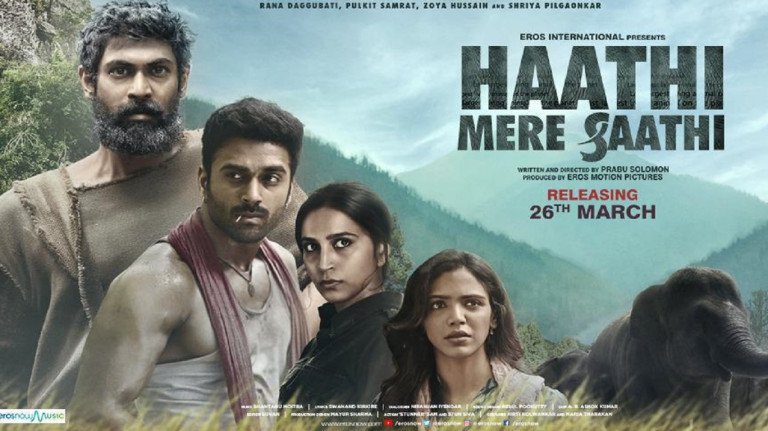 The team of Haathi Mere Saathi is all ready to string the deepest chords of your heart with this rather emotional song, Ae Hawa. The song from the first trilingual release of 2021, will be released tomorrow by Eros International.

The song is sure to go viral for its soothing music and picturesque frames. What’s more, it features the maverick actor, Rana Daggubati. Shares a source, “The song will surely get you all emotional with its beautiful lyrics and outstanding music. Shantanu Moitra has outdone himself yet again.”

The film is titled Aranya in Telugu and Kaadan in Tamil. Oscar award winner Resul Pookutty is the sound designer for this jungle drama. So get ready to enjoy this song tomorrow and the cinematic brilliance of Haathi Mere Saathi in theatres with necessary safety precautions on 26 March 2021.

‘Haathi Mere Saathi’ takes on the interesting concept of a man’s relationship with the wildlife and nature around him. The movie aims to educate the audience on the responsibility towards nature and wildlife.

The trilingual is directed by Prabu Solomon, an expert on films around wildlife. It is produced by Eros Motion Pictures, a division of Eros STX Global Corporation, an established leader in the Indian film industry with a track record of over 40 years.