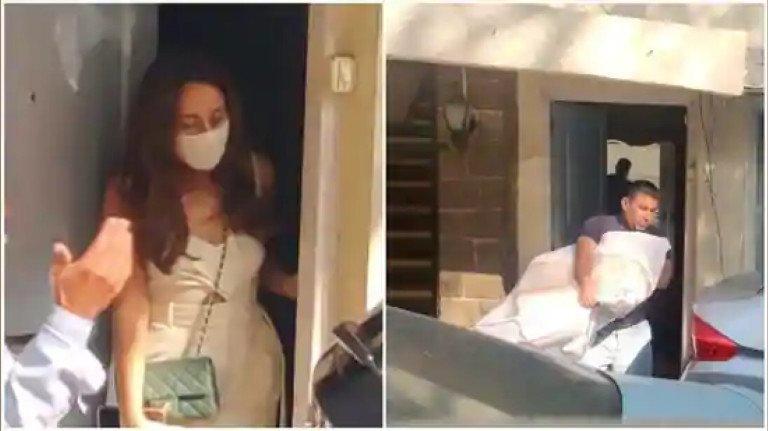 Wedding bells are ringing for Varun Dhawan and Natasha Dalal as the couple is prepping to tie the knot this weekend. The actor and the fashion designer are expected to walk down the aisle on January 24 in Alibaug’s The Mansion House.

While the buzz around the couple’s wedding has been going on for a while, it was only on Thursday, January 21, that the details of the wedding venue were revealed.

According to reports, both the families have reached the wedding venue on January 22 morning. Besides, the household staff and hotel staff’s camera phones have been sealed after Natasha asked to take no pictures as she does not want the wedding pictures to be leaked.

Owing to the pandemic, director David Dhawan has kept the wedding ceremony as a private affair. The guest list has been restricted to around 50 people. However, it is being said that the couple could host a Mumbai reception in due time.

Varun and Natasha, who have been dating each other for many years, have known each other from their school days. Speaking on Kareena Kapoor Khan’s chat show What Women Want, he had said that he ‘felt like (he) fell in love with her’ when he saw her for the first time in school. He got rejected several times by her before she finally accepted him.