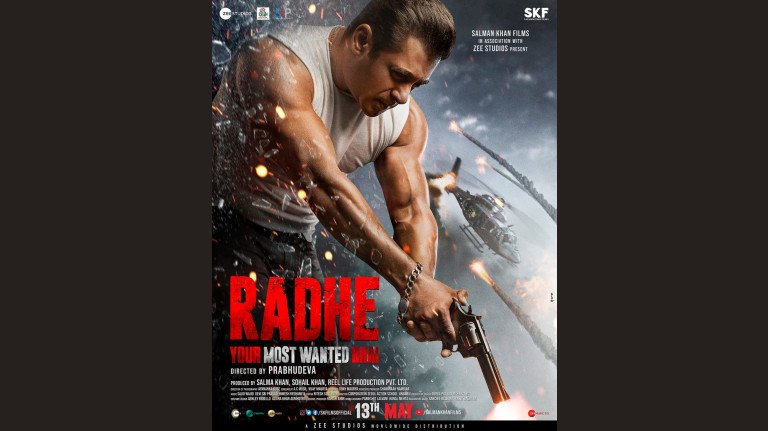 As Indian grapples with the second wave and several states go into lockdown mode, OTT is once again the only source of entertainment. ZEE5 has been trying to offer some interesting content to the users and in the month of May, it has upped the game as far as it movie line up is concerned.

Radhe: Your Most Wanted Bhai on ZEE5 with ZEEPlex – 13th May (Eid)

ZEE5, India’s leading streaming platform with ZEEPlex announced their biggest release for the year – Salman Khan starrer – Radhe: Your Most Wanted Bhai, this Eid, 13th May. A film that fans can watch in the safety of their homes on ZEE5 with ZEEPlex or in select theatres following all the safety protocols and social distancing rules. It will be the first-ever big-scale entertainer from India to have a multi-format release. Alongside Salman Khan, the film also stars Disha Patani, Randeep Hooda and Jackie Shroff in pivotal roles.

Malaysia to Amnesia – May 28 (Original Film)

Arun, a successful entrepreneur, and father of 4-year-old Nivetha lies to his caring housewife Sujatha that he is going on a Business trip to Malaysia and instead flies to Bengaluru to spend time with his secret girlfriend Bhavna.  Things take a crazy turn as the flight he pretended to have travelled in goes missing. With the help of his friend,  Prabhu, how in an attempt to convince his wife and her sceptical uncle Narayanan, he gets caught up in the chaos of his own lies is what the story is all about.

Story of a young, full of life and vibrant girl, Gohar who dreams of a fairy tale wedding and a happily ever after. Gohar is mistreated by her maternal aunt and cousins. She is married off to her paternal cousin, Sami. Little does she know that Sami’s family wishes to seek revenge against her father and grandmother due to an old feud. A story of a young girl with exceptional spirit.

A married couple face domestic disputes on account of their children and the companies they are surrounded with. After their divorce, both of them remarry and go on to live their separate lives. But, life has something else planned for them when Aleena and Numair meet again on a life’s threshold with a decision to get back together or stay in their new lives.

Aiman’s life takes a turn when her estranged father, Tufeeq, leaves her in the care of his friend, Haider, before leaving for Turkey. Aiman and Haider eventually fall in love. While Haider is wary of admitting his feelings to Aiman due to their age gap, he takes a decision that brings Aiman’s life on a threshold. A tale of compassion, separation and love surviving the test of times.

Manjali tells the story of Tooba, a strong-willed and free-spirited girl who wants to make the most of her life, even though her humble background and ‘difficult’ father makes that far from easy.

Zulfishan, an ordinary middle-class girl is engaged to her cousin Azar and is strongly in love with him. All of a sudden Sayed Alim Shah, a landlord sees her and falls in love with her. He forces Zulfishan to marry him as Azar’s life is in danger. In an accident Alam Shah loses his legs. With the passage of time Zulfishan starts loving her husband. When Azar gets the real facts about her marriage, he gets shocked and asks Zulfishan to get divorce from him but she refuses. Torn between force, love and sacrifice will Zulfishan be able to get her true love?

Revolves around two childhood sweethearts and star crossed lovers, Zeeshan and Sadia, and highlighting the hypocrisy and selfishness embedded in our society.

Qudsiya is a simple middle-class girl with the hopes and dreams of happily ever after. Her dreams eventually shatter when her in-laws demand dowry for marriage and her father passes away in shock. Her life turns upside down when Aliaan marries her to put an end to her problems. A relation which came into being by an accident but becomes stronger as they ensue in their lives.

The story revolves around the life of a passionate young woman Romi, an aspiring cricketer who against all odds and family reluctances goes to make her dream come true and play cricket at the National level. Her life and dreams are soon derailed as she faces adversities one after the other.

Shabnam’s life turns upside down when her elder brother dies in an accident leaving her entire family in the middle of a financial crisis. She takes upon herself to care for the family and in return has to sacrifice her marriage to Yousuf. But Yousuf has his eyes set on her younger sister Neelam and wants to marry her. Both the sisters who are extremely close to each other find themselves caught on an edge of hate, sacrifice and jealousy as one decision changes their lives.

Sadaf, a manipulative woman, gets her daughter, Tooba, engaged to her sister, Shahana’s son,Taimur. An accident leaves Taimur disabled. Sadaf breaks Tooba and Taimur’s engagement and gets Tooba married to Fawad. Despite his love for Tooba, Taimur marries his cousin, Inaya. Caught in a storm of uncertainty, Taimur and Tooba navigate through the unexpected turns of their lives. Will Taimur and Tooba fall in love with their respective spouses? Or will they find a way to each other?

Deedan tells the story of two friends from a rural village. One girl serendipitously finds fortune in the big city while under the thumb of her husband; The other is forced to remain in the mountains in a warped family situation. It is the story of people who are bound by traditions, firm in their decisions and are true to their relations.

Zarmina and Maya’s happy life with their father Shahzeb gets disturbed after their father brings his second wife, Atiya in their lives. Atiya sends Zarmina to the hostel and mistreats Maya in Shahzeb and Zarmina’s absence. Amidst this, Maya soon finds out a harsh truth about herself that leaves her heartbroken.

The story begins with the dead body of Ramaswamy and his 2 wives mourning and the other wife laughing. Ramaswamy loves his three wives equally and they love him the same. But the differences between the three wives and the debts left behind by his father leave Ramaswamy an unpleasant life.

Room No.54 is a story of four youngsters travelling the college phase together. They share various experiences to overcome the day to day obstacles. It deals with various challenges life throws at the youngsters and how they overcome each issue with the help of learnings from their alumni who keep dropping in at regular intervals and share their experiences. It has light-hearted humour with excitement, feelings of vulnerability and innocenc

A man registers a complaint in the police station claiming that his shadow is missing. As the police begin working on the baffling case, he drops a hint on an accident that could have been a murder.