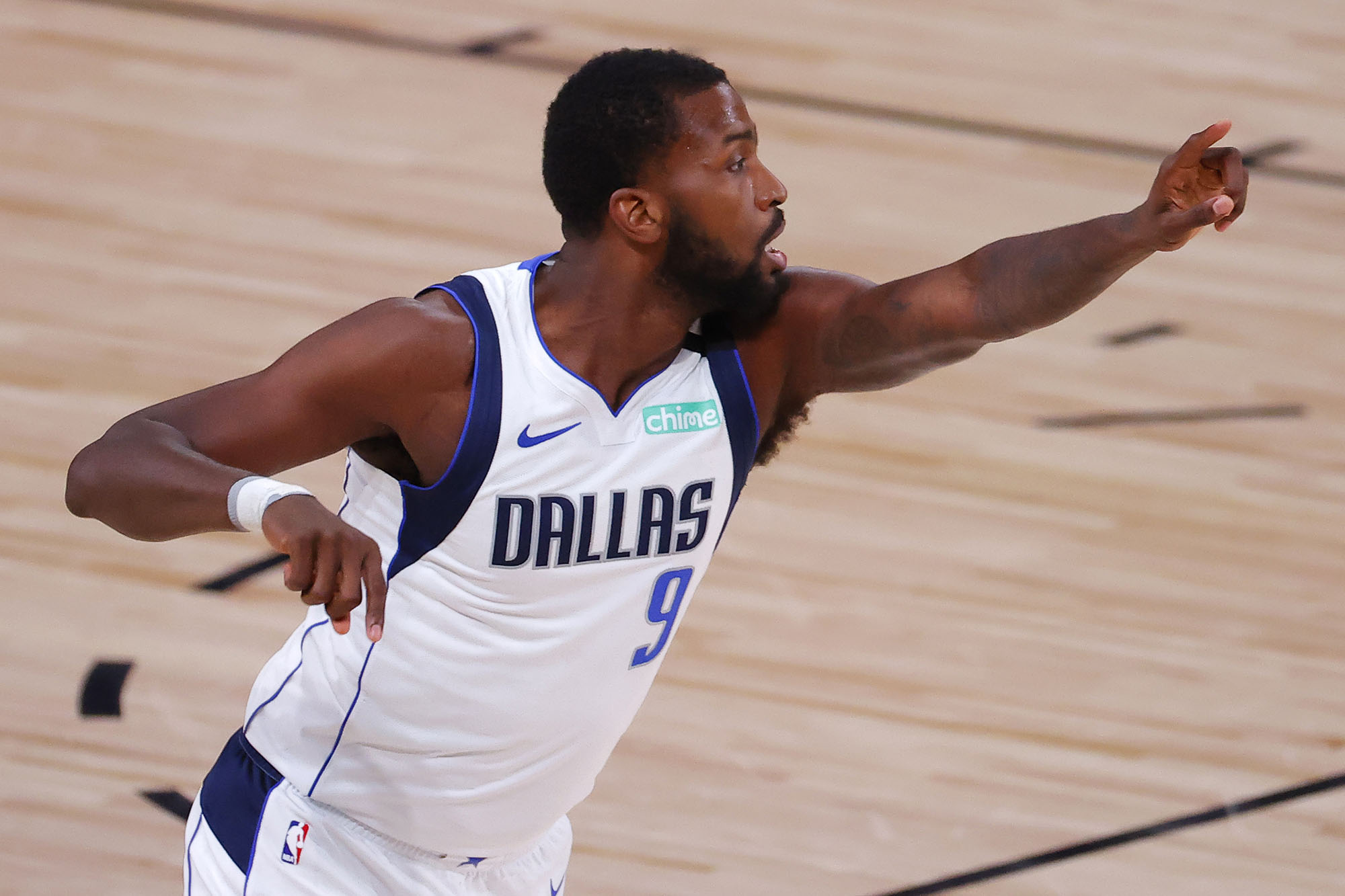 Defensive specialist Michael Kidd-Gilchrist figured what better place to revive his career than being back near where it all started.

Kidd-Gilchrist, a 6-foot-7 small forward who grew up in Camden County, N.J., played high school ball for St. Patrick in Elizabeth where he was a teammate of Kyrie Irving’s.

The No. 2 pick of the 2012 draft — taken by Charlotte’s owner Michael Jordan — has probably one last chance to be relevant after being something of a bust.

The 27-year-old’s recent signing extended the Knicks’ favoritism for former Kentucky players, and he also is a client of the Creative Artists Agency army.

Harrington also is an alum of St. Patrick. Kidd-Gilchrist also has strong ties with new Knicks senior vice president William Wesley, who is from Camden, and president Leon Rose, who ran the basketball division at CAA.

Kidd-Gilchrist has known Wesley for years. Nicknamed “World Wide Wes,” he was an agent consultant working in the shadows and is widely credited with steering Kidd-Gilchrist to Kentucky. Rose is from Cherry Hill, N.J. and met Kidd-Gilchrist through Wesley.

Already much has been made of it and Kidd-Gilchrist preferred not to dwell on the subject of “World Wide Wes.’’

Asked if he was a factor in bringing him to the Knicks, Kidd-Gilchrist dodged: “None,’’ he said. “We always kept things separate from on the court. But I’ve known him a long time.”

When The Post reported last month the Knicks had strong interest in Kidd-Gilchrist, it was said his locker-room leadership and defense were the two major factors.

Asked what he hopes to bring after fizzling out in a short stint with Dallas late last season after Charlotte finally cut ties, Kidd-Gilchrist said, “Energy. It would be energy every time I [get on] the floor. I love to compete. I’m a leader by example. So I’m going to lead this group. I feel like I support Knicks basketball with my heart. So there’s going to be a lot of toughness, a lot of competing and you’re going to get everything out of me.’’

“It’s a talented group — young, active, lots of energy,’’ he said. “And I’m the vet of the locker room — which is crazy. It’s my ninth year in the NBA. Just being a leader, man, on and off the court.”

Knicks coach Tom Thibodeau is hoping for a rebirth despite Kidd-Gilchrist’s noted lack of a 3-point shot.

“Michael’s been around, he’s got a lot of different experiences,’’ Thibodeau said. “I think the challenge for him is the way our league has changed, he has to find a way to fit in. He’s always been a great competitor. Hopefully, he can add to the group, his experiences being a veteran, working hard. And he’s done that for us.

“Oftentimes you see guys go through different things in their careers. It doesn’t mean it has to stay that way. You can change it again.’’