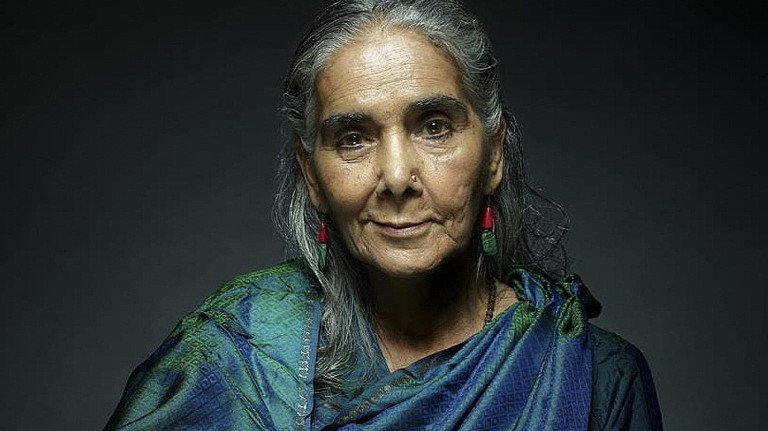 Surekha Sikri left for the humble abode at 75, on Friday morning, after suffering from a cardiac arrest, as mentioned by her agent. It is said that her health wasn’t in the best shape for the past few months. Additionally, she also suffered from a brain stroke in 2020.

The news agency PTI also reported that her agent, Vivek Sidhwani said, “Three-time national award-winning actress, Surekha Sikri has passed away following a cardiac arrest earlier this morning at the age of 75. She had been suffering from complications arising from a second brain stroke”. “She was surrounded by family and her caregivers. The family asks for privacy at this time. Om Sai Ram”.

She made her debut in the industry in 1978 with the film, Kissa Kursi Ka and eventually paved her way towards the National Film Awards. She was acclaimed as the Best Supporting Actress in the said awards, for her performance in Tamas, Mammo and Badhaai Ho in 1988, 1995 and 2018, respectively. Badhaai Ho, the Bollywood movie was claimed by many to be her career comeback. Additionally, she also came into the limelight for her exquisite performance in the Indian television show Balika Vadhu. She made her last presence on the screen in a short film, Ghost Stories.

In 2018, she had suffered from a brain stroke after she fell in the bathroom and hit her head. She was also admitted to the hospital in 2020 post suffering from a brain stroke. Some reports allegedly claimed her to be in financial trouble which was later denied by her.

She was married to Hemant Rage till he passed away in 2009 and is survived by her son, Rahul Sikri.