New Delhi: Bollywood actor Tiger Shroff is known for flaunting his well-toned physique. Dropping a shirtless picture in cute pink shorts on Saturday (February 20), the actor garnered a lot of traction on his post.

Taking to Instagram, Tiger shared his picture collage in which he can be seen wearing pink shorts and black shades. Captioning the post, he wrote, “Uhh cute shorts bro…”

Many fans and celebrities dropped comments and expressed adulation at Tiger’s fit physique. But, it was actress Disha Patani’s comment which took the cake. She wrote, “Yo broo that’s some cute shorts.” 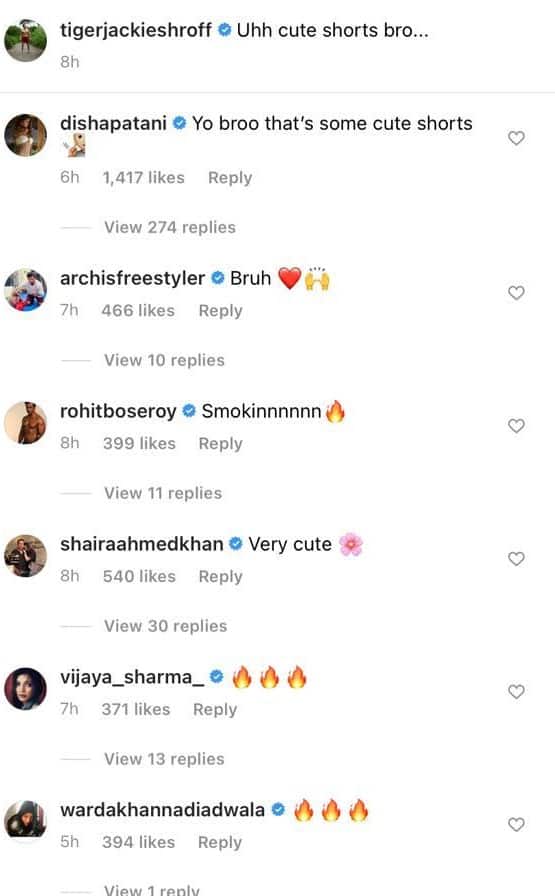 Apart from music videos, Tiger and Disha have worked in the film ‘Baaghi 2’ together. The duo are rumoured to be dating, but have yet not confirmed the reports.

On the work front, Tiger has a number of films lined up including ‘Baaghi 4’, ‘Heropanti 2’, and ‘Ganapath’. The actor also released two music videos recently titled ‘Casanova’ and ‘Unbelievable’. Both the singles gained positive responses from the audiences.